woke up in the middle of the night with gout in my left toe! Now that’s odd as I take preventative pills every morning. Has gout been conquered through the intervention of modern medicine or are my new Converse sneakers to blame? I think that we should be told the truth!

one loathsome person in the reptilian shape of Tony Liar gave a speech somewhere about siding with The Russian Pudenda or whomever and attacking towel- heads instead. I was watching “Jeremy Kyle” at the time, so missed this message from on high. On the whole, from what I’ve read of this crook’s drivel, the intellectualism displayed on Jezza’s show was more sensible.

had to stay in all day, waiting for a replacement Sky box to be delivered. Rarely watch Sky, but feel that I’ve got to contribute to old Rupert’s divorce settlement to the fragrant Wendi. …… which, in a way brings us back to Tony and a painful experience!

An ordained Church of Scotland Minister since 1974. Started off in Doune which is near Stirling, before moving to Trinidad for four years; on my return to Scotland, I was a rural minister in Perthshire and then was asked to become Minister at St.Michael's Inveresk where I spent eleven happy years. A short ministry in Guernsey followed and since 1999, I was a full time healthcare Chaplain in the town of Dumfries in SW Scotland, retiring from that post in December 2012. I started this blog on 6 May 2012, soon after my wife, Helen, was diagnosed with secondary cancer - it was a sort of diversion and still is, following her death on 16 June. I hope it shows that there is a lighter side to religion, that it's not gloom and doom and that we can sometimes laugh at ourselves in a self-effacing way. Some posts are, however, I hope provoking and food for thought.
View all posts by meenister »
Next post » 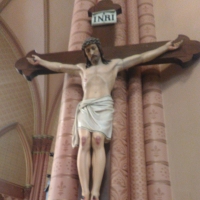