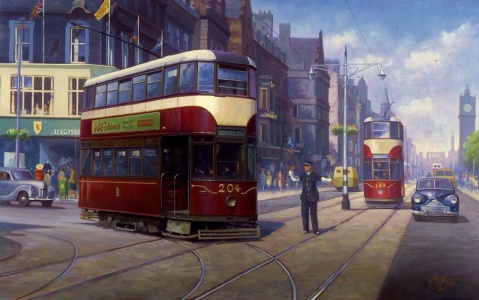 Playing less than a mile away:  Hibs…….For the vermin support at Fester Road, it could be the “End of the Line”.  Hobos 0 – Killie 1.  Hibs in the play off zone .  End of the line?

Yes, I know that the tram line goes as far as York Place, and will open at the end of May  BUT originally it was to carry on down Leith Walk and end at Granton.  The spur up the Bridges and on to the Royal Infirmary is never even mentioned these days.

if it does go to Leith, at least it won’t go down Fester Road – imagine the green and white mess that the tram company would have to wipe off the front of their shiny new vehicles – caused by disconsolate Hibees throwing themselves in front of the trams in despair?