12 July 1979:  we set off from Heathrow to Trinidad in a British Airways Jumbo.  I was to be the Church of Scotland minister at Greyfriars/St Ann’s in Port of Spain for the next four years.  I was 31 years of age. 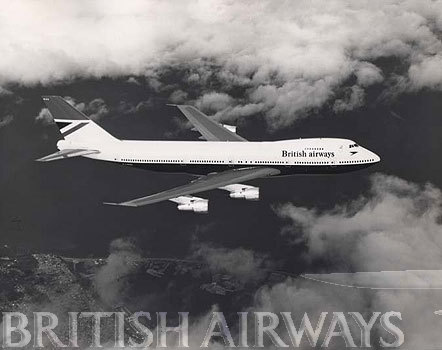 A twelve hour plane journey to the West Indies can be pretty awful, and, on that day , it was the flight from hell, as we set off to my new ministry  (travelling via Antigua and Barbados)

Richard, our younger son was only 21 months old, so, being under the age of two years, didn’t qualify for a seat of his own.

Consequently, he had to sit alternatively of Helen’s and my respective laps.  And have you ever tried to change a nappy in a tiny aeroplane loo?- it’s not easy.

The drinks were complementary, so H and I had quite a few G & Ts – though most of them ended up being spilled down us, because of the aforesaid wriggling and squirming infant.

At Antigua, I got off the plane to stretch my legs and buy some duty free.  By the time I walked to the terminal, my grey clerical shirt had tuned 50 shades darker because of the scorching heat and subsequent physical reaction to it (in other words, I was sweating like the proverbial pig)

Got a couple of bottles of rum, then was told that I couldn’t go back to the plane until the embarkation call and would have to queue up with other punters who were boarding.

So, I had my very first Caribbean beer (Banks of Barbados) served by the surliest barman that I’ve ever encountered – maybe it was the clerical collar or more likely he was miffed at working out the change in local currency from the US bill that I’d handed over.

Eventually back on the plane, and onward, via Barbados, to Piarco Airport, Trinidad.

The welcoming party must have wondered what they’s let themselves in for:  a dishevelled, sweaty minister with a grubby shirt reeking of (spilled) gin and whose breath must have smelled like a brewery.

For some reason, Helen and the little boys were driven off in one car; I in another

Helen told me later that young Richard picked up Elder Ronnie Fraser’s (a kirk Elder, originally from Forfar)  torch and threw it out of his car window.  Ron just shrugged

On the way from the Airport to Maraval (suburb of P.O.S) where the Manse was, I noticed lines of young women standing by the side of the road into the City.  Helen thought that they were hookers trying to attract the drivers of passing cars for custom.

What had we come to?  What had I done to my little family?

(it transpired later that they were simply waiting for “maxi-taxis” (mini buses) to take them into Town!)

We got to the Manse eventually, tired, jet-lagged, grubby, hot and bothered, disorientated, and already homesick – only to be visited by two separate groups from the congregation who popped round to welcome us.

Helen was on the point of quitting altogether, and flying home the next day, but managed to sleep fitfully for a few hours

The next morning, she opened the (imported) American mega-fridge and discovered that it was crammed full of goodies – lovingly donated by the church members.

And – WOW! – real, proper big mangoes for breakfast in the patio….. this wasn’t so bad, after all.

And more kindly folks popping round to see if we were settling in.  So lovely, so caring, so involved….. hey, maybe we’ll stay…. and stay we did, living and working amongst the most wonderful people imaginable.

The return flight to the UK four years later (I could only stay that short amount of time, because of work permit conditions) was dreadful and upsetting……. but, unlike the outgoing journey 35 years ago today, this time we were leaving behind many true saints of the church…… and were missing them dreadfully.

p.s  beer was mentioned above – when we got to the Manse,  waiting there in the kitchen was a case of……. Carib Beer!  Huzzah